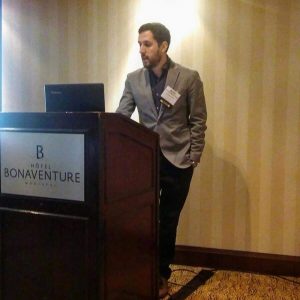 Laureano received the MS.c. degree in Electrical Engineering in 2011, and the Ph.D. degree in Electrical Engineering from the from the University of Málaga, Spain, in 2017. Even before he obtained the MS.c. degree, Laureano has been very involved in research. In 2009, he is a Summer Intern with the well-known Institituto de Astrofísica de Canarias (IAC), where he actively collaborates in an optical communication project, under the supervision of Physicist Enrique Joven Álvarez. From 2010 to 2013, his main research activities are in nonlinear noise modeling of semiconductor devices and microwave circuit design, under the supervision of Full Professor Íñigo Molina Fernández. Since 2014, he has been working towards obtaining the Ph.D. degree with the Department of Ingeniería de Comunicaciones, UMA, where his main research activities, which have been funded by the Andalusian Regional Government, are in communication theory under the supervision of Associate Professor Eduardo Martos-Naya and Assistant Professor F. Javier Lopez-Martinez. In early 2016, he was a Visiting Student with the Hong Kong University of Science and Technology, Hong Kong, for six months, under the supervision of Associate Professor Matthew R. McKay and Research Assistant Professor David Morales Jiménez.